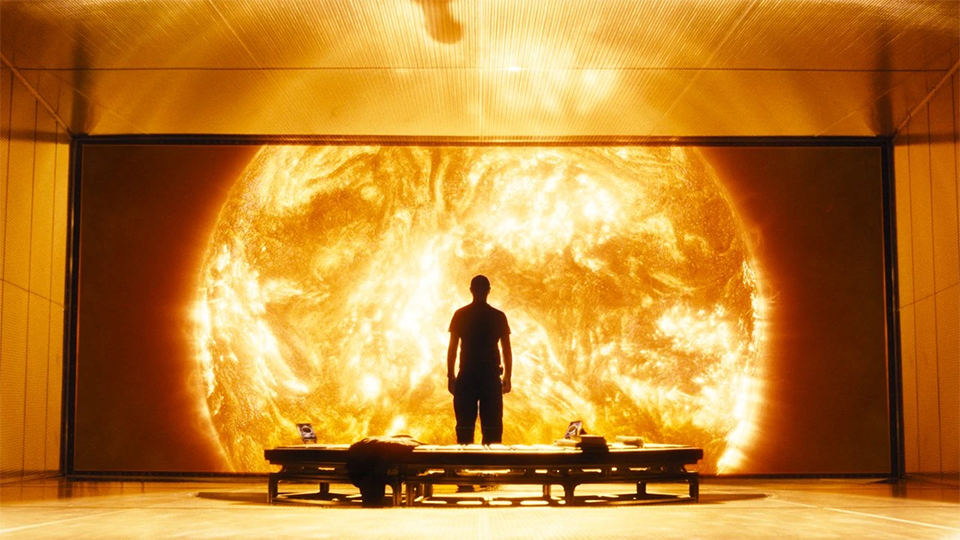 There’s something inherently terrifying about space. The vast, endless darkness is the perfect playground for horror. Danny Boyle understands this perfectly in Sunshine, which centres around the premise that the sun is dying prematurely due to a scientific phenomenon.

Set in the year 2057, we follow the crew of the aptly named Icarus II on their mission to detonate a nuclear payload on the sun with the hopes of restarting it and saving humanity. Following a transmission from the Icarus I, the ship that attempted and failed the same mission seven years prior, the crew changes course and things start to go awry.

While critics were mostly positive about the movie, it failed to reach the box office highs of Danny Boyle’s prior hit 28 Days Later and was the last collaboration to date between Boyle and writer Alex Garland. Garland, who also penned 28 Days Later, went on to find his own directorial sci-fi success with the likes of the excellent Ex Machina and Annihilation.

Fifteen years later, Sunshine has more than stood the test of time.

The cast will likely be more appreciated today than in 2007, with the familiar faces of Cillian Murphy, Rose Byrne, Cliff Curtis, Chris Evans, Troy Garity, Hiroyuki Sanada, Benedict Wong and Michelle Yeoh making up the crew. While not all receive the same care and attention from the script, it gives us enough from each of them to form attachments and invest in their survival.

Visually the film is able to perfectly capture the lonely vastness of space, making the characters and the audience feel tiny and insignificant against the scale of the cosmos and the task before them, which feeds perfectly into the narrative and affects each character differently. The immense wonder and beauty of the sun is portrayed with incredible gravitas, making it feel much like a character in its own right with a mysterious and overpowering aura that plays into the film’s haunting atmosphere.

Akin to the Nostromo from Ridley Scott’s Alien, much of the Icarus II’s interior feels cramped and, at times, claustrophobic. This contrasts heavily with the exterior shots of the enormous and beautifully designed vessel.

The film falters slightly in its inclusion of what can only be described as ‘slasher’ elements introduced towards the end. While by no means bad or poorly executed, they make the movie as a whole feel less confident in its concept, and the narrative shines brightest when its focus is not on this more traditional horror aspect.

Sunshine is gripping, thrilling, beautiful and bleak in equal measure, making bold narrative choices and exploring how regular people respond to a hopeless task in the face of something that defies comprehension.

Previous
The Woman King review – A triumph for representation

Next
Smile review – A shadow of the films that inspired it