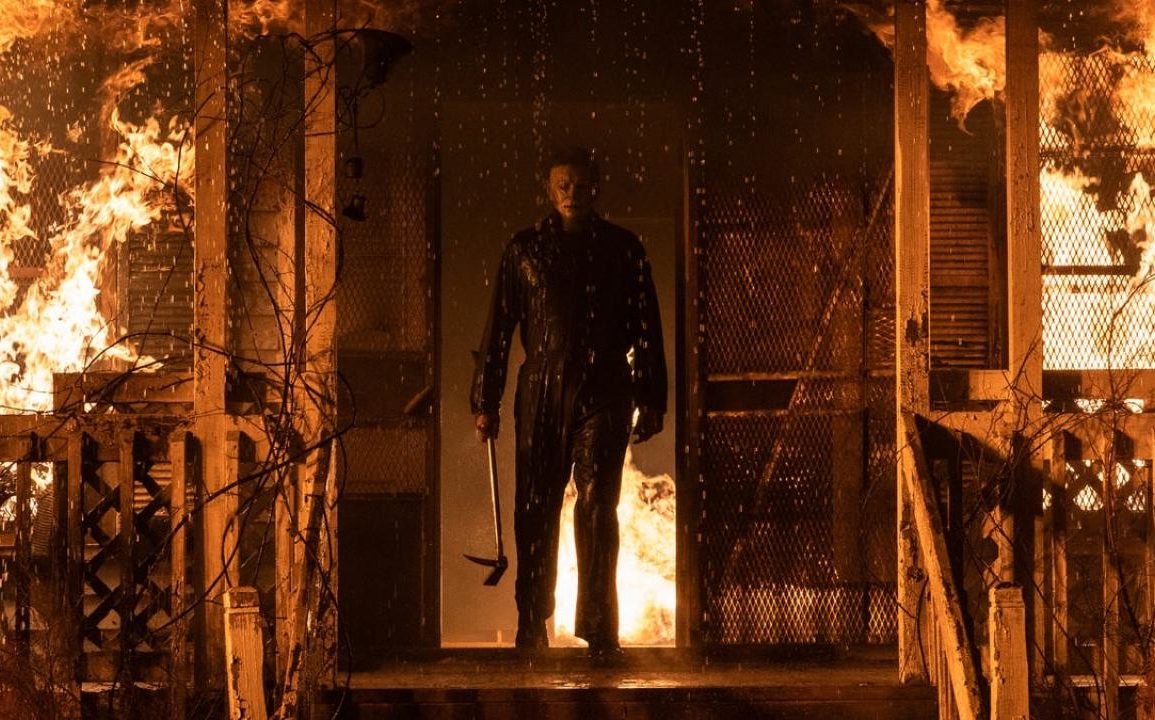 While David Gordon Green’s Halloween (2018) was a return to long-absent form for the franchise, his follow-up Halloween Kills gives us that all-too-familiar feeling of the lesser Halloween sequels.

In the previous instalment, Michael Myers, having recently escaped once again from Spring Grove, stalked through the town of Haddonfield, killing indiscriminately as he went. While our protagonist Laurie Strode put her years of preparation to good use and attempted to hunt down the Shape and protect her family.

Unlike other sequels in the franchise, 2018 chose to ignore the entirety of the established canon outside of the first film, retconning the often maligned revelation that Laurie was Michael Myers’ sister. This decision gave Michael a clean slate, restoring his mystique and menace, truly resurrecting the Shape.

Unfortunately, while he does retain much of his intimidating presence in Kills, Michael loses the mystique, becoming more reminiscent of his Friday the 13th counterpart, Jason Voorhees.

Laurie Strode herself is relegated to a hospital bed to occasionally provide nonsensical voiceover while the residents of Haddonfield band together to form one of the stupidest mobs ever put to film. Led by Anthony Michael Hall’s Tommy Doyle, the mob consists of past franchise characters such as Lindsey Wallace and Marion Chambers (who herself has a line that seems to refer to Halloween II, despite it no longer being canon). Their enemy, of course, is not Myers, but their own idiocy, with some of their deaths and decisions ranking in the upper echelons of horror imbecility.

What the film does have, though, is plenty of gore and past references, with a few memorable Michael moments sprinkled throughout the runtime. And the score by a returning John Carpenter, Cody Carpenter and Daniel Davies is, once again, excellent.

The flashback sequences will quench the thirst of anyone hungry for nostalgia, including a very convincing stand-in for Donald Pleasence’s Sam Loomis, which was impressively achieved through the use of a lookalike in practical effects makeup.

It feels a lot like killing time. As if they threw the film together to fill out an unnecessary middle chapter to justify making a trilogy. If Green had made this without having made 2018, I would assume he has no understanding of this franchise and what makes the original so uniquely scary. But, alas, he did make 2018, so maybe Halloween Ends will bring the story full circle. I certainly hope so, but I won’t be holding my breath.