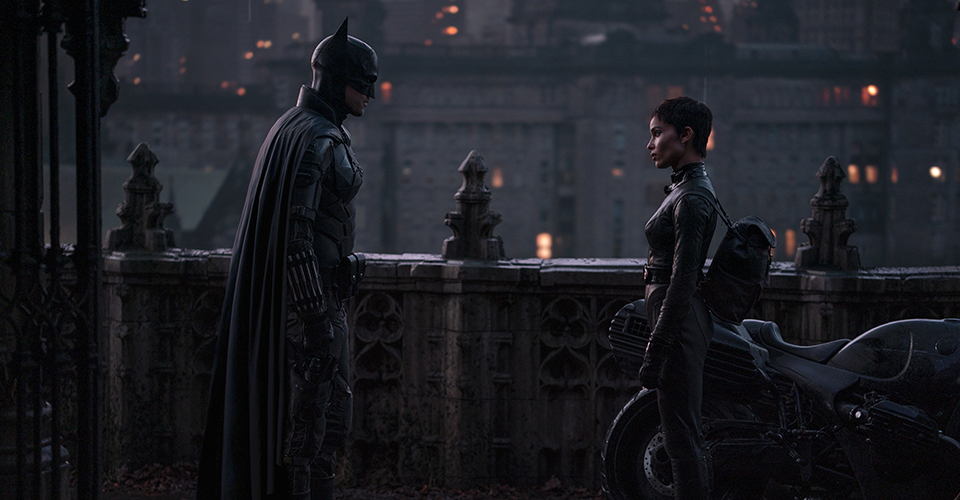 The Batman is both new and fresh. Those words seem hard to fathom when talking about a comic book movie, especially a Batman movie. However, Matt Reeves has managed to do just that. In the story and visually, this felt like no Batman movie we have seen before. It felt more psychological thriller than comic book movie, and as every scene went by, it went from strength to strength.

The Batman focused on the caped crusaders’ second year of crime-fighting and allowed the audience to not have to endure the deaths of Thomas and Martha Wayne on screen again and gave much more focus on the origins of villains and key players in the Gotham underworld. The story plays out like a puzzle and constantly provides more information into the characters of Gotham but also the structure of the city and just how deep the corruption goes. The Riddler has set his sights on exposing corrupt police officers, politicians, and authority figures within Gotham. The Riddler and The Batman both have the same targets. The only difference is the approach to catching and dealing with said targets. As The Batman follows clues to find out The Riddler’s identity and capture the villain, the audience is taken on a journey with him through Gotham as we together find out just how deep the rabbit hole goes.

Going into the movie, my biggest concern was how Matt Reeves and Robert Pattinson were going to approach not just the character of Batman but also Bruce Wayne. I think Pattinson’s Batman performance was terrific. The character was brutal. He was not overpowering every enemy without taking damage and was humanised more than he was in previous adaptions. It also helped that most of the movie focused on Batman rather than Bruce. However, I did feel the film was at its weakest when it was dealing with Bruce Wayne as a character. For example, a pivotal scene with Bruce and Alfred, which I believe was meant to hold some serious emotional weight, left me flat. This has more to do with the script than the performances of Pattinson and Serkis, and I would love to see the relationship fleshed out more in further movies. Seeing Bruce evolve as a character is what I’m most interested in moving forward. The duality has always been the most intriguing aspect.

Matt Reeves reintroduces us to many different characters from the rogue’s gallery, and every villain gets their chance to shine. Most are in their early years or just beginning their treachery. Even though we’ve seen these villains on-screen before, and some multiple times, these versions felt new. As evident from the trailer, the costumes the villains wear are not quite comic accurate, but in the scheme of the movie and each one’s ascendence into villainy, it just made sense. I, for one, am incredibly excited about how each of these characters evolves in both costume and performance in future movies, which at this point just seems guaranteed.

Picking a favourite performance is nearly impossible for me as I was a fan of everyone’s different interpretations. Colin Farrell is unrecognisable as The Penguin, and it is his character that brings most of the comedic beats throughout. The movie is way funnier than I could ever have anticipated. John Turturro brings Carmine Falcone to life with a magnificent performance that had me clamouring for more of his character throughout. Paul Dano’s The Riddler is the main villain of the story, and going in, I had no doubts that he would do the character justice. I was 100% right in my opinion because he was phenomenal throughout, but it’s his final few scenes where he is out of costume that bring his performance to another level. Zoë Kravitz probably had the most challenging task of the movie after Robert Pattinson because of the sheer love I have for Michelle Pfeiffer’s version of the character, but again, as with the other cast members, she was magnificent.

Technically this is my favourite Batman movie of the bunch. Michael Giacchino’s score is glorious and shall be in constant music rotation for the upcoming month. Greig Fraser, who is currently in the running to win an academy award for his work on Dune, is sure to be in the running again when next year’s awards come around. The movie is stunning. The night-time shots are so well lit, and the use of lighting is just a sight for sore eyes. The cinematography, for me, is the highlight of the movie and visually took us to Gotham as we’ve never been taken before. It heavily reminded me of the Arkham game series, which contains my favourite version of Gotham.

Whilst The Batman doesn’t quite hit the heights of The Dark Knight, it is still a magnificent entry into the ever-growing Batman film catalogue. Matt Reeves’ vision is one that I fully believe in, Gotham’s villains are just getting started, and I cannot wait to see where the franchise is taken next.