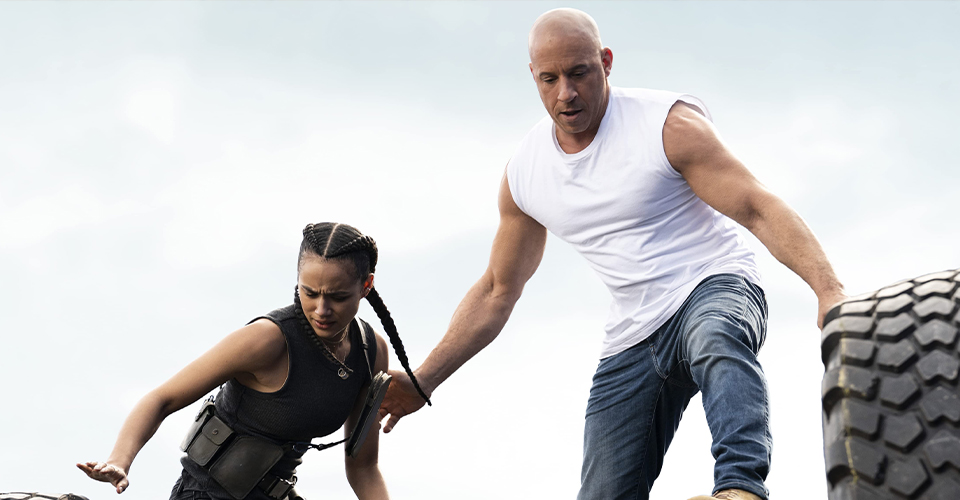 Fast and Furious 9 releases just as we approach the 20-year anniversary of the franchise. It’s remarkable to think that what was once a relatively small-scale action series focused on street racing is now a worldwide phenomenon that rivals superhero franchises. The series hasn’t shied away from that fact either. Each entry aims to top the last, with increased stakes, stunts and ridiculousness. Fast and Furious 9 is no different in this regard.

F9 is the most over-the-top, ridiculous film in the Fast saga so far – which is what makes it so fun! If you are a fan of this franchise, then you know the films are full of entirely impossible stunts and over-the-top action. Fast and Furious 9 takes these to the complete extremes to give us what may be the most insane action film you’ll see this year. Sure, the story is silly, but these films have never been about the story. Fast 9 is again about family. That’s what makes these films so rewatchable. Without the underlying theme of family, the series would be just like any other action series we have seen over the last decade. This film is no different, providing the ridiculous action you have come to expect, whilst still offering the heart of family.

If you have struggled with the silliness of the recent Fast and Furious films, then Fast 9 is going to be a difficult watch. The stunts are massively over-the-top and very hard to believe. If you thought cars jumping between buildings was bad, then you need to prepare yourself for some of the ridiculousness you will see in this movie. But, if you can switch your brain off, the film becomes great fun! It’s a 2-hour thrill-packed with action that manages to balance multiple story threads fairly well. The film uses several flashbacks from beginning to end to flesh out the relationship between Dom and his brother (the film’s protagonist). These are okay and certainly help the story and characters develop, but they distract from the action, which, at times, makes the film feel slowly paced.

The story is more focused outside of the flashbacks but still feels a little thin. However, the director, Justin Lin, does manage to keep the audience engaged during the slower moments with the focus on character and family. He balances the action and story well throughout and manages to always use the action to serve the story. That may just highlight how stupid the story can be, but that’s what this franchise is about!

If you’re asking the question, ‘Is Fast and Furious 9 a good film?’, then the answer is definitely not a resounding yes. But, if you’re going into this film to enjoy it for what it is, ridiculous action and dumb fun, then you’re bound to have a great time.