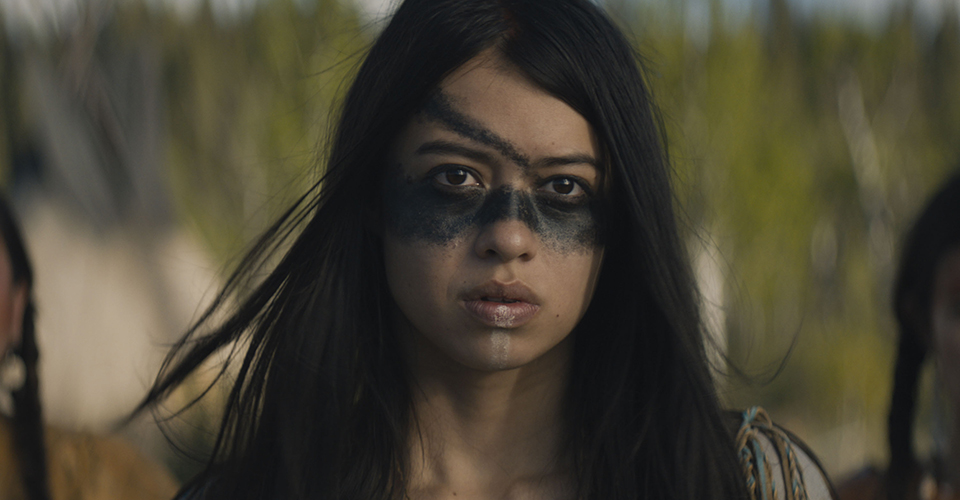 Prey review – You’ve got to go back to go forward

To say my expectations were in disarray in the lead-up to Prey would be an understatement. Part of me dared to dream we may finally have a worthy competitor to McTiernan’s original: a film that had utterly blown my little mind when I’d seen it as an impressionable kid. But a wiser, more jaded part of me knew better than to hope. After all, I had the distinct displeasure of having to sit through Shane Black’s abhorrent sequel, The Predator, back in 2018.

Yet somehow, Dan Trachtenberg, the brilliant mind that managed to give us a stripped-down and unnerving sequel to Cloverfield, has only gone and done it again.

Prey is a triumphant return to form for the Predator franchise. A visceral, earthy horror flick that realises that what made the action classic work wasn’t just the inimitable 80s macho bravado but the survivalist slasher blood flowing through its veins.

And what better way to take things back to basics than to transport us to the 18th-century Comanche nation? Here we meet protagonist Naru (played with film-stealing confidence by Amber Midthunder), a tough and resourceful tribeswoman who, constantly underestimated by her brother and peers alike, is very much determined to prove her worth to the tribe. Venturing out solo into the wilderness, she sets her eyes on hunting a mountain lion but stumbles on an adversary far beyond that of the local wildlife.

If the set-up sounds relatively straightforward, it’s because it is. But here is where Prey excels. Unburdened by the narrative demands of juggling a large cast of quippy loudmouths or needing to build additional sci-fi lore, Trachtenberg and co-writer Patrick Aison can focus the story entirely on this primal game of cat and mouse. With more time freed up, we can really get our boots dirty in this beautiful but unforgiving part of the world.

In place of the original’s sweaty claustrophobic Central American rainforest, we have the expansive vistas and muddy riverbanks of North America. Combining some surprisingly great visuals from DoP Jeff Cutter, an unbelievably great score from Sarah Schachner, and some evocative sound design makes for a genuinely atmospheric hunting ground that allows the film to lean into the horror roots of the franchise.

Don’t be fooled, though. Though Prey is indeed methodical in its build-up, when things heat up, it’s also more than willing to get its hands dirty. Seemingly grounded confrontations erupt into bloody action set pieces that almost always leave many limbs severed and yourself nodding in acknowledgement of how awesome it’s allowing itself to be.

It took me by surprise how Trachtenberg can make these action scenes feel grounded and tangible but also somewhat showy and ostentatious. A balance, I think, that allows it to please long-time fans of the franchise but also gives it room to find its own primordial identity. Especially when it’s also willing to provide you with the option to watch the entire film in a game-changing Comanche dub.

It might not magically convert anyone who’s not a fan of the series. Still, as someone who fell in love with the original aged ten and has spent the preceding years almost resigned to the knowledge we’d never get a truly great Predator film again, I’m pretty damn elated we finally have a worthy successor. Even if it is an absolute travesty that this wasn’t given a theatrical release.

Previous
Orphan: First Kill needs to be a springboard for Isabelle Furhman

Next
Review: Where the Crawdads Sing