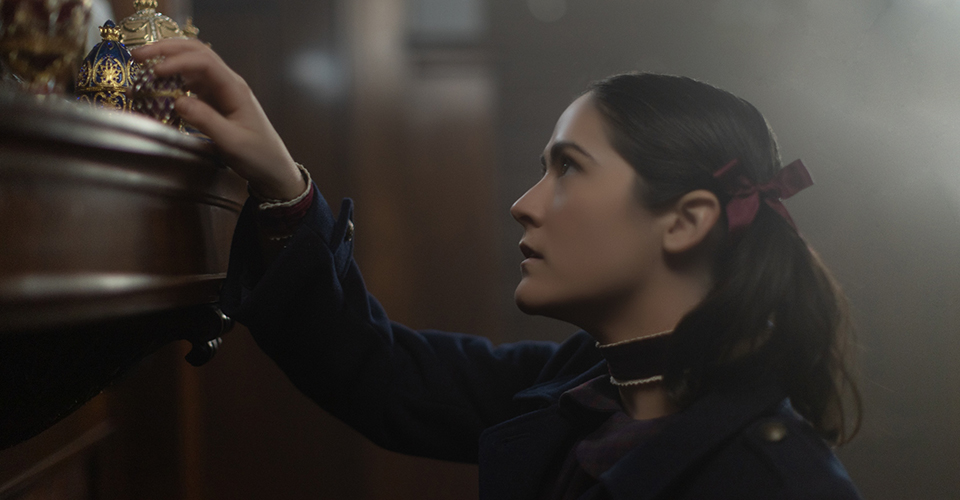 Orphan: First Kill needs to be a springboard for Isabelle Furhman

A prequel to ‘Orphan’ was never a film I never expected would see the light of day. Not because I didn’t enjoy Esther going on a murderous rampage but because the film heavily relied on the twist of Esther not being a child orphan but being a 33-year-old Estonian with dwarfism. In the original, we got a full breakdown of her history and what led her to the events of this film, so to say that I was going into this with a whole bunch of scepticism would be an understatement.

Sceptical, intrigued and a huge horror fan. My most significant intrigue was how the film was going to bring back the magnificent Isabelle Furhman in the role of Esther, a role which she absolutely killed in the first film. It is crazy that she is back again, though, because she was playing a 9-year-old in 2009 and Orphan: First Kill is a prequel which was filmed in 2020. This was a must-watch for me.

The story begins in a mental asylum where doctors refer to Esther as the most violent patient. Esther’s violent, cunning and ruthless tendencies are shown from the off when she seduces a guard and smashes his head off the wall multiple times, killing him and escaping the asylum in the process.

If you have seen ‘Orphan’, then you have already been told how this story ends, but you certainly don’t know how it gets there. Once out of the straight jacket, she plots her escape to the US by searching the missing persons database and finding a child to imposter. She is collected by ‘mum’, played by Julia Stiles and brought to the US, where she meets her ‘brother’ and ecstatic ‘father’, who has not been the same man since his daughter went missing.

I was hugely impressed with the spin that the film creators put on it, allowing the sequel to be a much different film. My biggest concern going into the film was the fact that the twist in the original is what made it what it was. How was a film where you already know the real identity of Esther and her dwarfism going to work? The twist made Orphan a good film, and once again, in Orphan: First Kill, the twist makes the film as good as it is.

Isabelle Fuhrman is such a fantastic actress with incredible potential that hasn’t been picked up on in Hollywood yet. Sliding back into the role of Esther 13 years later is not an easy feat, but she does it with such ease. She brings a tenderness to the character, which shows how she manages to wrap so many people around her little finger and, on the other side, manages to look like the devil’s spawn when she sees red. Isabelle is, of course, assisted by some quality technology plus some good old movie-making magic.

Alongside Isabelle is Julia Stiles, who takes over the role of ‘new parent’ from scream queen Vera Farmiga which should put fear in any actress’s head when being cast. Julia holds her own in the film and puts on a decent enough performance. However, we didn’t get much from the other supporting cast members. In fact, I was happy to see the other characters meet their demise and was at points siding with the villainous Esther.

One of my problems with the film was that it just wasn’t sinister enough. Considering Esther’s nature and the story unfolding, this one is just far too tame. I went into it expecting an absolute blood bath and see mistakes be made by Esther, which would have been rectified in her approach during ‘Orphan’. The plot twist should have allowed for much more action to take place, and once the twist comes into play, after the immediate shock value, everything just seems too whither.

I have never been the biggest advocate of prequel horror films focusing on the antagonist because it takes away any real threat from the protagonist and doesn’t allow you to fully root for them to win. I hope that Isabelle Furhman gets her due after this film’s release. Between this and ‘The Novice’ (A fantastic film which everyone should immediately check out), she is showing a great range and should be given many more opportunities.

If you are a fan of ‘Orphan’, then you should enjoy what you get in ‘Orphan: First Kill’, but if you are looking for a horror movie which does anything different or revolutionises the genre, then this is not going to be for you.

Orphan: First Kill needs to be a springboard for Isabelle Furhman and the end for the Orphan franchise.
3

Previous
28 Favourite Films & How They Resonate