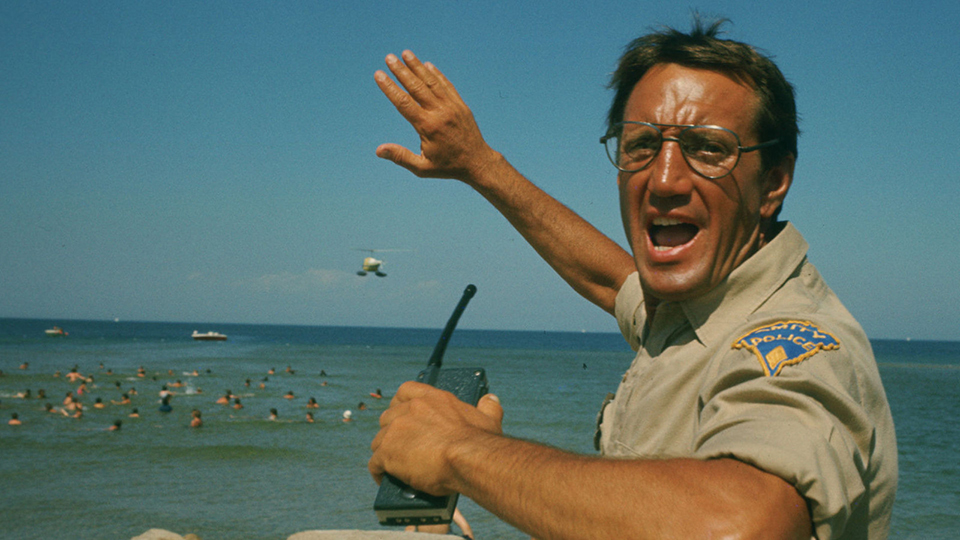 JAWS – The Return of the King

Jaws is more than just a film.
It is an icon. A cultural behemoth.
A monument to both horror and blockbuster filmmaking.
It is a king amongst peasants.

And almost half a decade since it hit cinema screens and instilled a fear of large bodies of water into an entire generation, the king is set to return to the cinema screens across the UK this weekend.

Though it is one of Spielberg’s earliest efforts, for me, it is still his absolute best. A perfect marriage of seemingly low-budget ingenuity and ideals with big-budget charisma resulted in this timeless piece of pop culture magic.

Despite hundreds of enormous summer films that have since followed in its steps, some far more ambitious and substantially more expensive, Jaws still feels like the quintessential blockbuster. You know the type, the big popcorn flicks filled with adventure and allure that whisk you away to their worlds of escapism. Yet this particular world has a 12-year-old kid getting eaten in broad daylight.

And it’s this duality between romping summer venture and genuine terror that has kept it (and much of Spielberg’s work) incredibly relevant and fresh. Especially in today’s world, where it can feel as if major blockbusters have lost their ability, or indeed willingness, to try and scare us as well as thrill us.

Nowhere is this more apparent than those staggering opening ten minutes. The dark sounds of the ocean floor echoing around as it fades into the most iconic two-note combination in history, the last bits of light shimmering through from the surface down to the depths of Amity Island’s shores, the terrified and desperate screams of Chrissie’s final moments. It is as perfect of an opening as you’re ever going to get, and the rest of the film, from terrifying lamp-lit monologues to iconic dolly zooms, easily matches its brilliance.

Perhaps one day, we’ll get another film that can blend big-budget adventure and thrills with genuine horror. But if that time never comes, well, at least we’ll always have Jaws.

See you all in Amity.

Previous
See How They Run Review – Saoirse steals the show