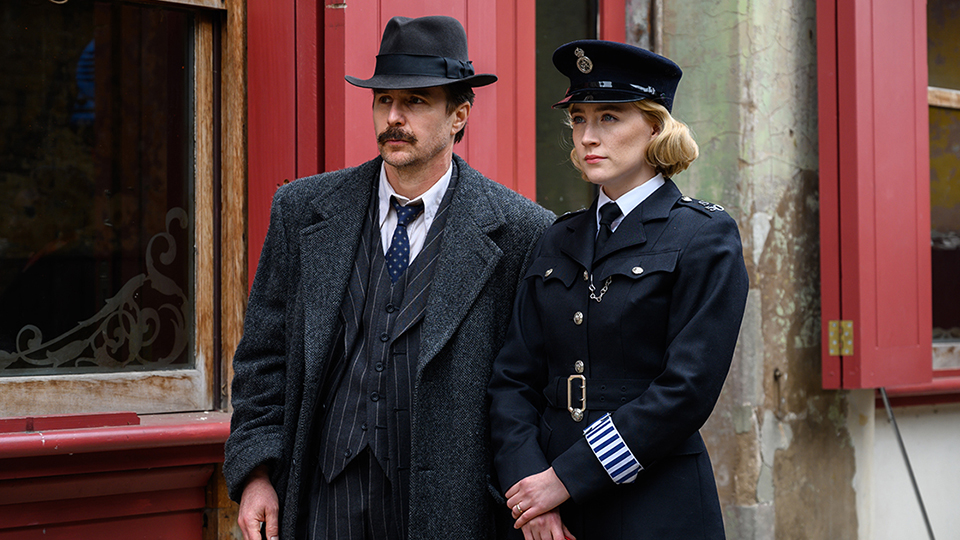 See How They Run Review – Saoirse steals the show

After the success of Knives Out, the upcoming sequel and the resurgence of the Scream franchise, it seems like whodunits are going to be the next sub-genre to make a big comeback. I pray to the film gods that they are because if those films and See How They Run are anything to go by, then we are in for a treat.

See How They Run is a whodunit set in London during the 1950s. Leo Köpernick (Adrien Brody) is a desperate American film director who is in town to work on the film adaption of a long-running murder mystery play titled ‘Mousetrap’. When members of both productions start being killed off, Inspector Stoppard (Sam Rockwell) and Constable Stalker (Saoirse Ronan) find themselves in an Agatha Christie styled whodunit and need to rush to find the killer before they strike again.

Make no mistake, Saoirse Ronan is the lead in this film. Yes, Sam Rockwell may get top billing, and he may put in a fantastic performance, but this is Ronan’s vehicle, and the pedal is to the floor. Ronan stars as the adorable Constable Stalker, a rookie who always jumps to conclusions, writes down absolutely everything she hears or sees and is just downright hilarious. Ronan’s comedic timing is something else, constantly right on cue with her line reading along with facial expressions that had me on the cusp of ugly snorting laughter. If one thing is clear from See How They Run, it is that Saoirse Ronan must be protected at all costs. Wrap her up in bubble wrap because she means too much to cinema. Simply an unbelievable actress who never stops impressing with every film.

A great plus of murder mystery films is the supporting cast potential. Not only do we need the killer and the investigators, but we also need a plethora of suspects. See How They Run has one of the best casts you will see all year. From scene-stealing David Oyelowo to murdered Adrien Brody to Richard Attenborough playing Harris Dickinson, this cast is stacked. There are superb performances all over this film, and every actor has their chance to flex those acting muscles and boy, oh boy, do they flex.

One of the most utilised principles in whodunits is Chekov’s Gun. The clever ways in which See How They Run utilises this principle was a joy to see. We are constantly given pre-warning of many events which take place in the film, but because of the inventive ways that the principle was used, it was always a surprise once they came to fruition. A massive help for this was since there was not just the plot whodunit but also the two whodunits that took place during the film, in the Mousetrap play and in the writing preparation for the Mousetrap film adaption. This gave the movie many options and constantly had us guessing what was coming.

When it comes to whodunits, the most significant component for me in relation to my enjoyment of viewing is the guessing game. With See How They Run, I was constantly second-guessing myself and, in the end, was surprised by the killer even though it was thrown in your face the whole film. That, for me, is a win. Now go find out the killer for yourself!

Previous
Crimes of the Future – An in-depth review

Next
JAWS – The Return of the King