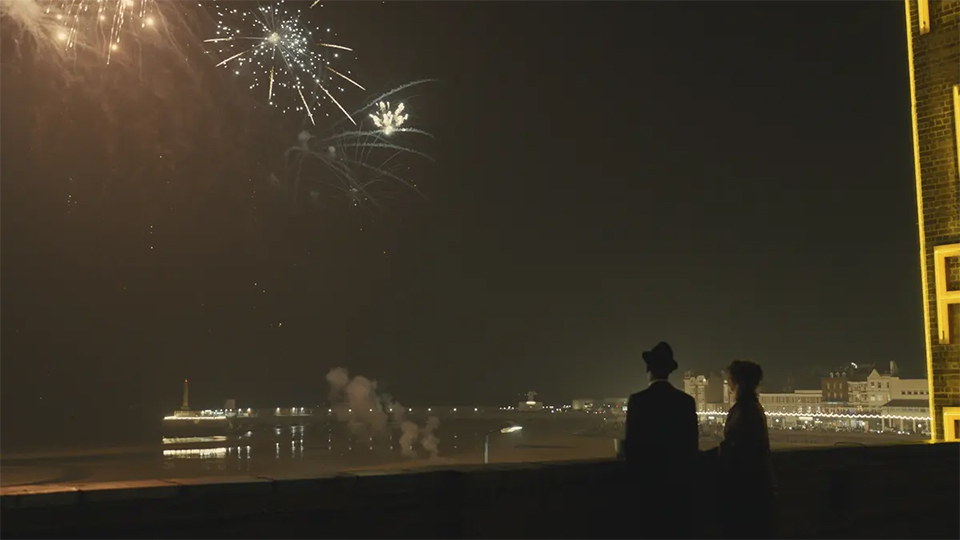 Set in the seaside town of Margate in the 1980s, the film focuses on a budding relationship that begins in a wonderful old cinema and highlights the many social problems which were taking place across the country whilst also concentrating on the mental struggles that people go through daily.

The cinema is such an escape. Whether it be from work, family, a relationship, or any other type of problem, going to the cinema allows us to disappear into a different world for a couple of hours. Instead of focusing on our own problems, we get to watch characters weave their way in and out of theirs. Empire Of Light features this escape that cinema brings and acts as a love letter to cinema whilst also focusing on relationships, racism, and mental health. When the film highlights the escape of cinema, that is when it is thriving. Any time a filmmaker focuses so much on a love of cinema or film, it really is a cheat code in getting me to fall in love. Unfortunately, my love didn’t flow throughout the film. Whilst it tackled many prevalent themes, it never seemed to be able to weave these themes together to make a completely coherent story. This affected the pacing, which at times took me out of the film, and at the end, I felt the ending could have come a scene or two before it did.

Fortunately for Mendes, he had Roger Deakins behind the camera, who, through his stellar work, was able to bring you back into the film at a whim with glorious shot after glorious shot. A cinematographer who I would get to shoot every film ever to be made from here on out if I could. He made Margate look simply beautiful. Even the simplest of shots are clearly given the utmost care for framing, lighting, and progression with the story. Add on top of this glorious imagery a score which effortlessly slips on top of every frame, and you have the ingredients to bring a viewer back into the film when the story has other ideas. But with the music coming from Trent Reznor and Atticus Ross, greatness was to be expected.

If greatness is being discussed, then look no further than this cast. Led by the always phenomenal Olivia Colman and the Top Boy himself, Micheal Ward, the cast excels throughout. Toby Jones, however, is the film-stealer whose character seems to live and breathe cinema and is the most direct link to the escapism that cinema brings. His line “Film. It’s just static frames with darkness in between. But there’s a little flaw in your optic nerve. So, if I run the film at twenty-four frames per second, it creates an illusion of motion—an illusion of life. So, you don’t see the darkness. Out there, they just see a beam of light. And nothing happens without light” is easily my favourite line of the year and a true testament to the message the film was trying to get across.

Empire Of Light tries to put forward too many themes to get across a message, and the pacing fails for this. A film which will be admired for many aspects but lacks a coherent script to be great.

Empire of Light review – A stellar cast let down by a muddled script
3.5

Next
Palm Trees and Power Lines review – A tour de force exposé on the exploitation, trauma and corruption of innocence