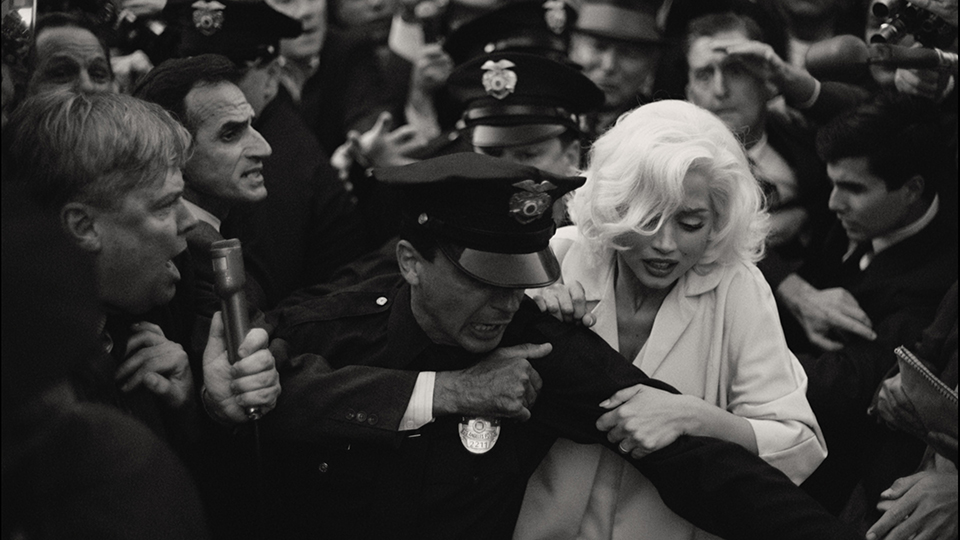 Blonde review – A spine-tingling performance marred by an exploitative script

Objectified in life and death, Marilyn Monroe, born Norma Jeane, was an idol and a sex symbol. We are 60-plus years on, and nothing has changed. My idea of who Marilyn Monroe was is solely based on photos, word of mouth and her films. I see her as a truly iconic actress who transcended fame. Images of her are cemented into my brain. During moments of Blonde’s elongated 2-hour and 45-minute run-time, I felt I was seeing these images, which are already imprinted in my mind, and it was a peculiar feeling.

Blonde is a fictionised take on Marilyn Monroe’s life. The film is written and directed by Andrew Dominik and is based on the 2000 novel of the same name by Joyce Carol Oates. It is a highly fictional tale as most of the scenes that take place are not in public, so it is predominately based on information Joyce Carol Oates must have gathered from third parties. A significantly different take on a biopic which one is used to. Not focusing primarily on the remarkable life this woman lived, her art and her well-read nature but instead choosing to focus on perceived daddy issues and alcohol and drug abuse.

The production design, cinematography, aspect ratio changes, and Ana de Armas’s performance had me thinking I was in the process of watching the film of the year. The second half completely changed my mind. The film took drastic changes in not just the representation of Marilyn but also in directing and editing style. I despised the last hour and a half. It went from a cautionary tale of how fame can chew up and spit people out to a softcore porn movie with erratic cuts, mind-numbing transitions, and a POV shot miles worse than Tom Holland’s Cherry anus shot. In the end, I thought that maybe Andrew Dominik made this film just to see Ana de Armas’s tits, and if he did, he succeeded.

The one constant in this film of two halves is the leading actress, Ana de Armas. Ana is mesmerising as Marilyn, and at times it felt like I was pulling images of the icon out of my memory bank when looking at the screen. Visually and sonically, she personified Marilyn to a tee. At times I had to question whether they had deep faked her face onto actual footage of Marilyn. The uncanny resemblance during certain scenes was spine-tingling.

Blonde is a polarising film that will split opinions and bring forth debates. Dominik pulls no punches in telling the view he has on Marilyn Monroe. A woman who continues to be exploited after death.

Previous
Smile review – A shadow of the films that inspired it

Next
Triangle Of Sadness review – A satirical black comedy focusing on class, wealth and hierarchy