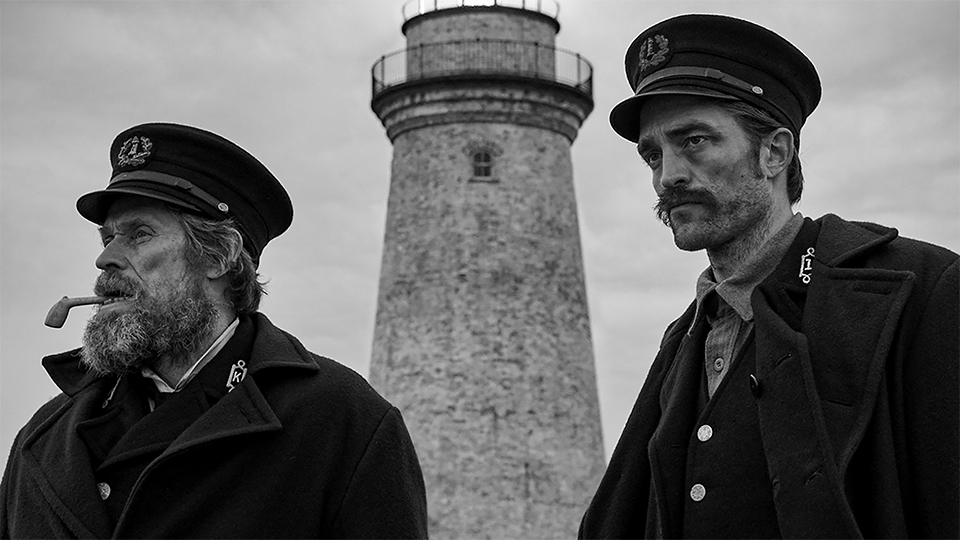 2022 has (like every year recently, it seems) gone by in a flash. Somehow we’re already in October, and throughout the month, I expect John Carpenter’s legendary theme to progressively loop through my head more and more and for our towns and cities to be slowly bedizened with creepy decorations and trinkets.

As everyone’s favourite celebration, Halloween, slowly beckons. It got me thinking, what is MY go-to horror film? Sure, I love the iconic 70s slasher films as well as the recent atmospheric horror gems like Hereditary. They’re so different, yet both hit us on different fear levels. Ultimately, however, I chose to elect 2019’s The Lighthouse, directed by Robert Eggers, as my favourite.

A film that is an atypical horror-flick, filmed in black and white with a 1.19:1 aspect ratio, it reels you in straight off the bat. I won’t diverge into Eggers’ first feature, The Witch, but after its release, it was clear he had a serious talent for filmmaking.

The best way to go into The Lighthouse is completely blind, with no idea about the plot or what you’re about to witness. This way, you truly get reeled into the dread the film creates. For those that haven’t seen it, all I will say is two men on one tiny island. The cinematography is truly exquisite, with beautiful shots of the sinister-looking lighthouse with the harsh waves of the sea crashing, to dark and destitute old shacks looming on the coast.

The lead (and only) actors, Robert Pattison and Willem Dafoe put in arguably career-high performances (something seldom seen in horror films) to truly immerse you in this visual masterpiece.

But what really makes this scary isn’t a ghostly antagonist, nor is it frequent jump scares. It’s the trepidation that slowly bubbles up throughout the film. As these men slowly descend into psychosis, matched with the cuts to the spine-chilling imagery, you find yourself completely on edge at what you’re seeing. It’s easy for a film to scare you at certain points, but it’s true mastery when a film can keep you constantly uneasy throughout through its characters, dialogue and the atmosphere it creates. You’ll be nervous yet captured by the by ensuing descent into madness these men go through.

It’s a film very much open to interpretation and one that you’ll be thinking about for a long time after its nearly two-hour runtime ends. The myriad of strange occurrences, religious connotations and fear of the unknown will hang with you for a while. Truly one a kind and yet another gem in A24’s awe-inspiring collection.

Next
The Woman King review – A triumph for representation