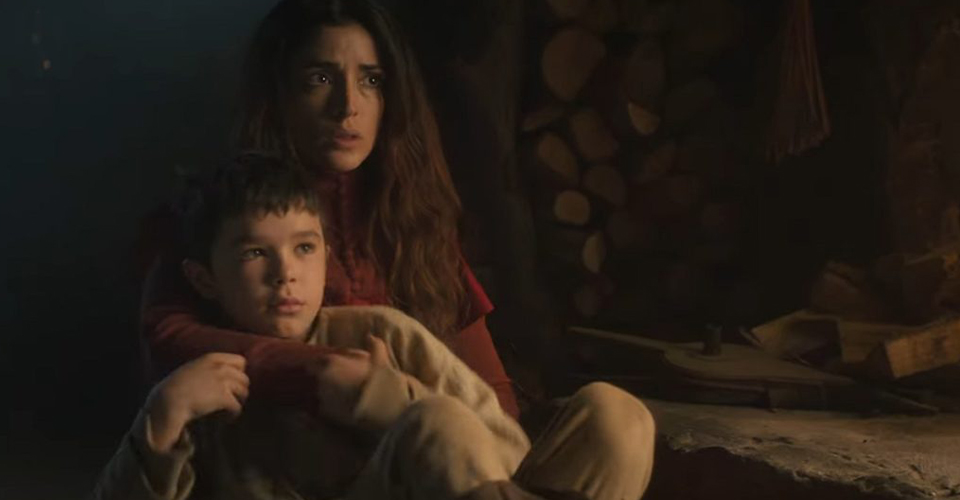 If we were asked to name one genre Spanish filmmakers excel in, we would have to select horror. They really know how to set an atmosphere of suspense and combine it with terrifying images. Spanish cinema has produced quite a few classic horror films over the years. Think of gems like Tombs of the Blind Dead (1972), The Orphanage (2007), and REC (2007), just to name a few.

Recently Netflix added a new Spanish horror film to its library, called El Páramo, or The Wasteland, which is the English title. The movie is set in nineteenth-century Spain where a series of violent wars have devastated the country, resulting in many people isolating themselves in the vast countryside, away from all the fighting and death. In a small house in the middle of nowhere lives mother Lucía (Inma Cuesta) with her husband Salvador (Roberto Álamo), and their son little Diego (Asier Flores). They grow their own vegetables and fruit and breed rabbits for consumption. To pass the time they tell each other scary stories about a terrifying beast that lurks outside and when you see it, it will get closer and closer each day. When a stranger in need of help arrives by boat on the nearby river they take him in only for him to kill himself in front of the child. Salvador decides to return the stranger’s body to his family and leaves mother and son behind. Pretty soon the mother sees something outside, gets the shotgun, and starts shooting at what seems an invisible enemy.

With El Páramo Spanish director David Casademunt makes his feature film debut after having done quite a few short films and co-directing a documentary. He manages to set a bleak, creepy and isolated atmosphere one would expect in a Spanish horror film like this. Both mother and child give us a great performance in terms of acting and their terror and desperation come across the screen very well. The atmosphere and setting of this film reminded us a lot of M. Night Shyamalan’s The Village (2004), because of the threat of a beast which we do not see and we wonder if it even exists. While the acting and atmosphere are alright, we found the film a little bit too long-winded. Its playing time is only 92 minutes, but it feels a lot longer than that because nothing much seems to happen during the middle part of the film. But the final scenes of the film do deliver and we get a frightening and terrifying conclusion, which of course we will not spoil for you here.

If you like Spanish horror movies with a creepy setting and atmosphere, El Páramo is definitely for you. If you prefer films taking place in various locations with a lot of stuff happening you might want to skip this one.

Next
Spider-Man and Class: Why Don’t We Always Relate to the MCU’s Peter Parker?