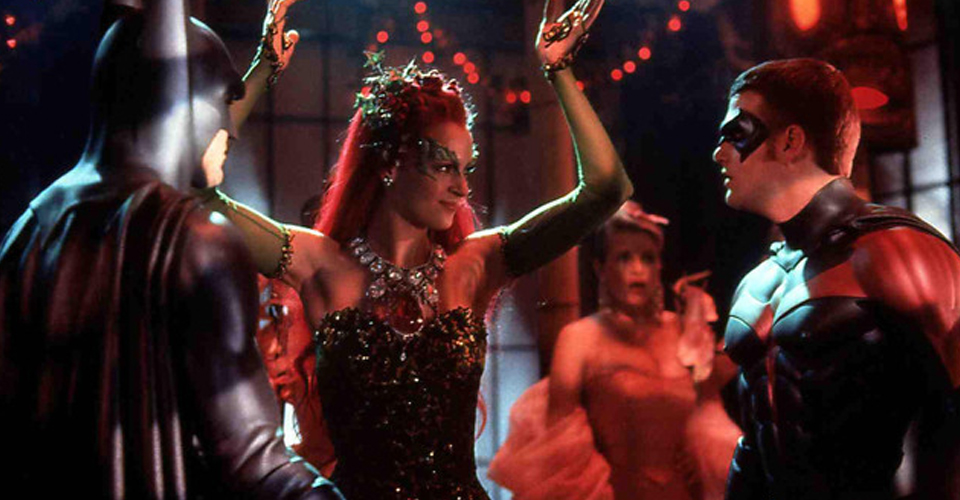 With the recent release of Matt Reeves’ The Batman on Blu Ray, there’s no better time to take a look back at the live-action Batman movies and rank them from worst to best.

Nominated for multiple Razzie awards and often cited as one of the worst superhero movies of all time, Batman & Robin’s inclusion at the bottom of this list should come as no surprise. A tonal puree of high-production visuals and campy performances, the film crosses a line that Batman Forever only teetered on the edge of. Still, there is some enjoyment to be found in Arnold Schwarzenegger’s ice puns and Uma Thurman’s Mae West homage performance as Poison Ivy.

Ben Affleck’s first time in the bat costume is the very definition of a mixed bag. Aside from the brutal murders he commits, Batman himself feels very much like his edgier comic book appearances. Where the movie fails though is in its dour portrayal of Superman, its bizarre take on Lex Luthor and convoluted plot. It’s a mostly miserable experience with a few bright spots here and there.

The movie that launched a very irritating internet movement, 2017’s Justice League is a marvellous mess of reshoots, oddly placed comedy and a very-noticeable CGI moustache. Due to unfortunate circumstances, Zack Snyder had to step away from Justice League during production, and Joss Whedon was brought in to help finish up. Through a combination of Snyder’s already-shot footage and extensive reshoots, Warner cobbled together a Justice League movie that tries to ape the tried and tested Marvel Studios formula, for better or worse (mostly worse).

It’s easy to dismiss Adam West’s portrayal of Batman, but before Tim Burton’s gothic take on the character, this was how most knew the Dark Knight. The lighthearted campy tone and plethora of villains make this stand out greatly from later films. The classic gags and comic timing of Adam West make this a pleasure to revisit.

Taking the reins from Tim Burton, Joel Schumacher brought us Batman Forever, which acts as a sequel to Burton’s Batman Returns. Taking a more kid-friendly approach, the tone is lighter than its predecessor, but not quite in the same territory as Batman & Robin. Jim Carrey’s Riddler stands out as a manic highlight. Rumour has it, a darker cut of this movie exists that improves upon some of the aspects touched on with Val Killer’s Bruce Wayne. #ReleaseTheSchumacherCut

For the longest time, the #SnyderCut was a myth, something that bots would post about in replies to completely unrelated tweets. But, in 2020, it was announced that Zack Snyder’s Justice League was coming to HBO Max the following year. And, to the surprise of many, the over four-hour monstrosity was a great improvement over the 2017 cut. Characters were given room to breathe and grow, each having a part to play in the main plot, and the awkward humour was nowhere to be seen. One of Snyder’s best.

Following The Dark Knight was never going to be easy. But The Dark knight Rises does a decent job of wrapping up the trilogy. Bane is a competent villain, much more than just a henchman as he was portrayed in 1999, testing Batman in different ways than the previous movie’s villain, the Joker. The only major fault with the film, other than plot-related nitpicks, is its twist villain reveal towards the end which falls incredibly flat.

The one that started it all, reinventing Batman for better or worse in the eyes of movie goers for years to come. Tim Burton’s darker take on the character seems somewhat tame in comparison to later outings, but the movie oozes style with a wonderfully whimsical score, and great lead performances from Michael Keaton and Jack Nicholson.

The first part of Christopher Nolan’s trilogy brought Batman as close as he’d ever been to the real world. Taking place at the very beginning of Bruce Wayne’s story, we follow him through his origins as a child through his training with the League of Shadows and beyond. A solid entry, with great turns from a powerhouse cast.

Following 1989’s Batman, Tim Burton’s sequel takes things to the next level. It’s darker and much stranger than its predecessor, featuring Danny DeVito’s bizarre and unsettling Penguin, and the iconic Michelle Pfeiffer’s Catwoman. Nearly three decades on, it still stands as one of the greatest outings for the dark knight.

Feeling like an antidote to 2020s superhero fatigue, The Batman triumphantly storms out of the gate with a somehow fresh take on the hero, in spite of the many different iterations that came before. Matt Reeves breathes new life into Gotham City as well as its many captivating characters, delivering a dark detective story that manages to utilise its enormous runtime without feeling bloated.

It feels almost cliche at this point Nolan’s The Dark Knight to top this list, but it really is that good. A finely crafted, tensely paced thrill ride that never gives you a second to get bored despite its 152 minute runtime. And, no matter how sick we are of the Joker these days, Heath Ledger’s performance remains one of the best interpretations of a comic book character.